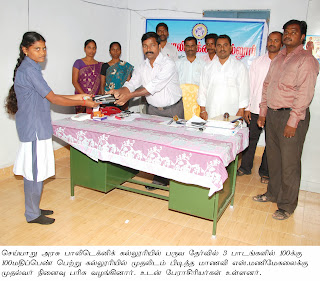 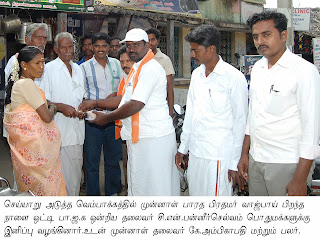 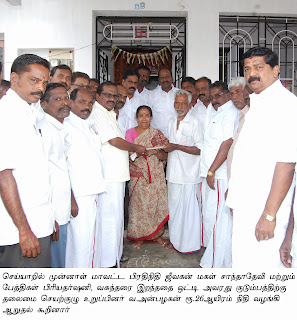 Microsoft Office Mobile coming for iOS and Android in 2013

Microsoft users who want to push their Office suit on iPhone, iPad and Apple as well as Android platform may have to follow all these from 2013 as per remour that the software company is seeking to make its Office on iOS and Android ways.
Reports is that Microsoft Office Mobile will introduce in form of  iOS free Apps lets users to open as well as take look of documents. After iOS, Android platform will carry on.
Users will have Microsoft accounts which indicate their entire data across various devices, let’s viewing Word, PowerPoint, and Excel documents and for editing, they will have to purchase an Office 365 subscription.
The apps will allow for basic editing, but we’re told this won’t go very far in attempting to replace regular full use of a desktop Office version.
Microsoft which has already debut an Office Mobile app on its Windows Phone 8 devices, announced to work on Office Mobile for iOS and Android and in development process, hit a March 2013 release.
Apple and Android apps allows users to work on their Word, Excel and PowerPoint files, Even Google is now offering its Office Application – Google Drive for Android and iOS users.
But with Office Mobile App, Microsoft is expected to hit market with bundle of all its available popular applications across various platforms, indicating Microsoft is for everyone and everywhere.
Posted by Unknown at 1:05 PM 1 comment:

The smartphone makers, HTC and Apple, both have finally settled their 10 years long patent dispute, signing a mutual deal.
Being agreed on mutually deal in favour to end all lawsuits between the two under a 10-year licensing agreement, both companies will allow to make cellphones without infringement or violating patient rights.
Good for both, 10 year licensing agreement is confidential, not expected to adversely impact on the financials position. Now HTC will run with Android Platform easily, getting 10 years licenses to produce handsets like ‘iPhone’.
“HTC is pleased to have resolved its dispute with Apple, so HTC can focus on innovation instead of litigation,” Peter Chou, CEO of HTC, told reporters.

HTC-Apple Patent War was started in March 2010, when Apple sued HTC for allegedly 20 violations attempts of patent infringement lead to iPhone As that resulted, in 2011, a prevention over HTC from exporting of its two cellphone models to the US, as per International Trade Commission.
The fourth World’s largest cellphone manufacturer is HTC after Samsung, Apple and Sony, which due to lawsuit bore a huge amount of losses in market being delayed launch of its cellphones including HTC ONE X in US market.
Meanwhile, Sunday’s 10-year licensing agreement announcement is expected to be Diwali offer for HTC, Taiwan Company as at that time when company is competing against Apple and South Korea’s Samsung. There are several HTC smartphone series which landed in market including Window 8 running HTC 8X and 8S and Android-based HTC One X+ and One VX.
Posted by Unknown at 1:04 PM No comments:

Moving towards mobile phone software, the web company Mozilla has launched two newest HTML5-based Firefox OS platform preview smartphones to challenge Apple’s iOS and Google Android.
The Mozilla Foundation has also invited developers to try its new open-source mobile operating system and offer the world two new low cost smartphones- Keon and Peak.
As per reports, Mozilla’s Keon and Peak will ship at market under $100 price tag at starting of February, being developed by the small Spanish manufacturer GeeksPhone in partnership with Telefonica.
New Firefox mobile operating system is based on open Web standards like its Firefox Web browser, being eliminate any middleware between the OS and a mobile browser, the company said.
“If you’re a developer interested in Web technologies and mobile, now is the time to try out Firefox OS,” Stormy Peters, head of websites and developer engagement at Mozilla said in a blog.
Running on Firefox OS open platform, the devices support vibrant feature via HTML5 apps as new OS will help to “keep the Web open” and “help make sure the power of the Web is available to everyone — even on mobile devices,” she added.

Mozilla Peak is high end device coming with a larger 4.3 Inch screen, an 8MP camera on the back and a 2MP front facing camera, while Keon packs with a 3.5 inch display and has a 3 MP camera.
Both Mozilla smartphones Keon and Peak are powered by Qualcomm Snapdragon processor with 4GB of internal storage which can be expanded using a MicroSD card. As over connectivity, the devices come with HSPA or 802.11n, GPS supports.
Posted by Unknown at 1:02 PM No comments:

The Indian handset maker, Micromax has cheered up a new launch of phablet in its Canvas series, called Canvas HD A116 in Indian market.
Canvas HD is company’s first Dual SIM device which comes after being partnered with MediaTek to offer a MediaTek’s MT6589 1.2 GHz quad core processor powered, Android 4.1 Jelly Bean running device.
Challenging Samsung Galaxy Grand Duos, Micromax Canvas HD packs with 5-inch HD IPS screen with a resolution of 1280×720 pixels, an 8-megapixel rear camera with LED flash, 0.3 front facing camera, 4X zoom and autofocus, offering video recording.
The company’s phablet will also support 1 GB RAM, 4GB internal storage which can be further expanded to 32 GB with a microSD card and a 2,100 mAh battery.
Cool and less power consuming Canvas HD is expected to be available in the market in the first week of February under the price tag of Rs. 15,000.

MediaTek power Micromax phablet has offered pre-loaded apps such as MiStore app, MiBuddy and M!SMS, with 3G Connectivity option along Bluetooth and Wi-Fi.
Posted by Unknown at 1:02 PM No comments:

Micromax, the hometown mobile maker has introduced another Android-based smartphone, adding to its product portfolio, Micromax A54 Smarty.
With huge Android smartphone launches, Micromax Smarty Series new flagship A54 is an entry-level dual SIM smartphone.
The company has spotted its latest Smarty A54 Smart phone on online retailer site infibeam at a best buy price of Rs 4,659, while MRP price is of Rs 5,999 on which phone will be made available across major online stores.
Micromax, the 12th worldwide mobile maker company, has recently announced to launch around 30 new devices in its portfolio this year 2013.
Over Specs, Smarty A54 packs with a 3.5-inch HVGA capacitive touch screen with resolution 480 x 320 pixels, a single-core Qualcomm processor clocked at 1GHz with 256MB RAM and 512MB internal storage, with support of micro SD card slot expands up to 32GB additional storage.

The Dual SIM capable Micromax A54 Smart device has a 3MP rear camera, but no front facing camera for video calling, marking it as decent device. There is Bluetooth, Wi-Fi and micro USB support for connectivity.
Another disappointing thing that defeats Smarty A54 in current Smartphone race is of its OS. The device comes with Android 2.3 Gingerbread, the most lacking feature as there are lots of options available in market that offering better specs with affordable price compared to it.
Posted by Unknown at 1:01 PM No comments:

Most cats in Halifax (Nova Scotia) have six toes. There is no sideways movement for a cat's jaws. You thought that only you need sunscreen? Well pigs, walruses and light-colored horses are prone to get sunburned. Armadillos have four babies of the same sex, at a time. They are perfect identical quadruplets. Armadillos sleep for an average of 18.5 hours, a day. Can you walk underwater? Well, here is one animal that can – the Armadillos. Which animals can get leprosy? None expect for Armadillos. Police dogs are trained to react to commands in a foreign language; commonly German but more recently Hungarian or some other Slavic tongue. How many muscles does a cat have in each ear? No point counting, here’s the answer - 32. Which fruit does a reindeer like most? Bananas! And you thought it was the favorite fruit of monkeys and humans. How many teeth does a bear have? 42 teeth. How many rows of whiskers does a cat have? Interesting! Four rows. Never anger a Tazmanian devil… Its ear turns into a pinkish-red shade. Put a porcupine in water and watch it float. There are no vocal chords in a giraffe. How many vocal chords do cats have? Go ahead and count… 100. A goat's eyes have got rectangular pupils. Its been 4,000 years and no new animal-species has been domesticated. You will never hear of a camel's milk curdling.
Posted by Unknown at 3:23 PM No comments: